On June 12, 2016, Borys Horodynsky held his annual community picnic at his farm in Churchill, Ontario, 80 km north of Toronto. Picnics at the Horodynsky Farms have been held for 15 years and have always drown large numbers of Ukrainian Canadians and members of the wider community. This year, sunny weather on June 12 helped attract large crowds, and the only distraction came from the occasional gusty winds.

Borys Horodynsky’s devotion to the community strikes everyone who visits his picnics which offer an entertainment program and enough food and drink to keep at least a thousand people happy for the whole day. As Mr. Horodynsky told the New Pathway, “We support our Ukrainian Canadian community big time because my roots are Ukrainian, my parents are from Ukraine, and I think it’s a great thing to do.”

Apart from the picnic itself, the visitors were impressed with the Horodynsky Farms, the biggest private producer of onions in Canada. The warehouse, where the members of community enjoyed the concert, is surrounded by 800-acre picturesque fields criss-crossed by huge pieces of machinery many of which may not be easily identifiable to those who are used to more traditional tractors and combine harvesters. One of the mammoth machines turned out to be a sprayer. As Borys Horodynsky said, “This sprayer is used in spring, when it is very important to spray the vegetables timely and cover a lot of ground fast. We built this (I call it) the world’s biggest sprayer back in 1994, and it can spray up to 60 acres in 30-40 minutes. The sprayer’s tank is 3,000 gallons.”

Everything about the Horodynsky Farms is large: the fields, the equipment and the production numbers. Borys sells at least 500 thousand of 22L (50lbs) sacks of onions every year, his annual sales exceed $10 million. Well, almost everything there is large, expect maybe for the workforce. All the work at the farm is done by Borys himself and a team of just 17-18 people (25-30 people during harvest). The workforce is so small because of the automation – many machines on the Horodynsky Farms look like things of the future.

We were stunned to find that the huge combine harvesters on the Farms can almost drive themselves. Mr. Horodynsky says: “We were the first ones in Canada to do sub-centimetre GPS-technology guidance on our tractors back in 1999. Most farmers at that time didn’t know what sub-inch navigation was. Our tractors run themselves in the field with no overlap or underlap. These are not really self-driving tractors because there is an operator in there, but you don’t have to steer it. We used to finish tillage work at sundown. Now we can go all night because we don’t have to see where we are going – the tractor knows where it’s going. And we’ve got that technology for 17 years.”

Borys is big on automation and technology: he also spent “a lot of money” on the packing line which is more productive than hand packaging and packs the sacks more consistently. On the line, the sacks are transported by the conveyer belt which brings them to the robotic stacker. Horodynsky Farms were the first ones to go to rubber tracks for their Caterpillar tractors back in the early 1990’s. As Borys explained to the New Pathway, rubber tracks provide less ground compaction and better mobility and speed vs. steel tracks.

Borys Horodynsky started the operation in 1973. He grew up on his parents’ farm on Bathurst Street near Bradford and worked at the farm as a kid. Borys took the farm over once he got out of high school and started his operation from just 10 acres. He says, “We keep expanding and putting the money back into the farm. We are big on re-investing our money and we try to stay ahead as far as the technology goes.”

And, of course, we could not avoid an obvious question to Borys Horodynsky: “Do you like onions yourself?” Mr. Horodynsky: “I love onions. There is a reason why Ukrainian churches have onion domes on them. In Ukraine, onions are revered for their medicinal purposes. I think people have resurrected a lot over the last few years on how healthy onions are to eat. And you heard the stories about Ukrainian kozaky when their horses got sick they’d feed them onion juice to loosen up the platelets in their circulatory system.” 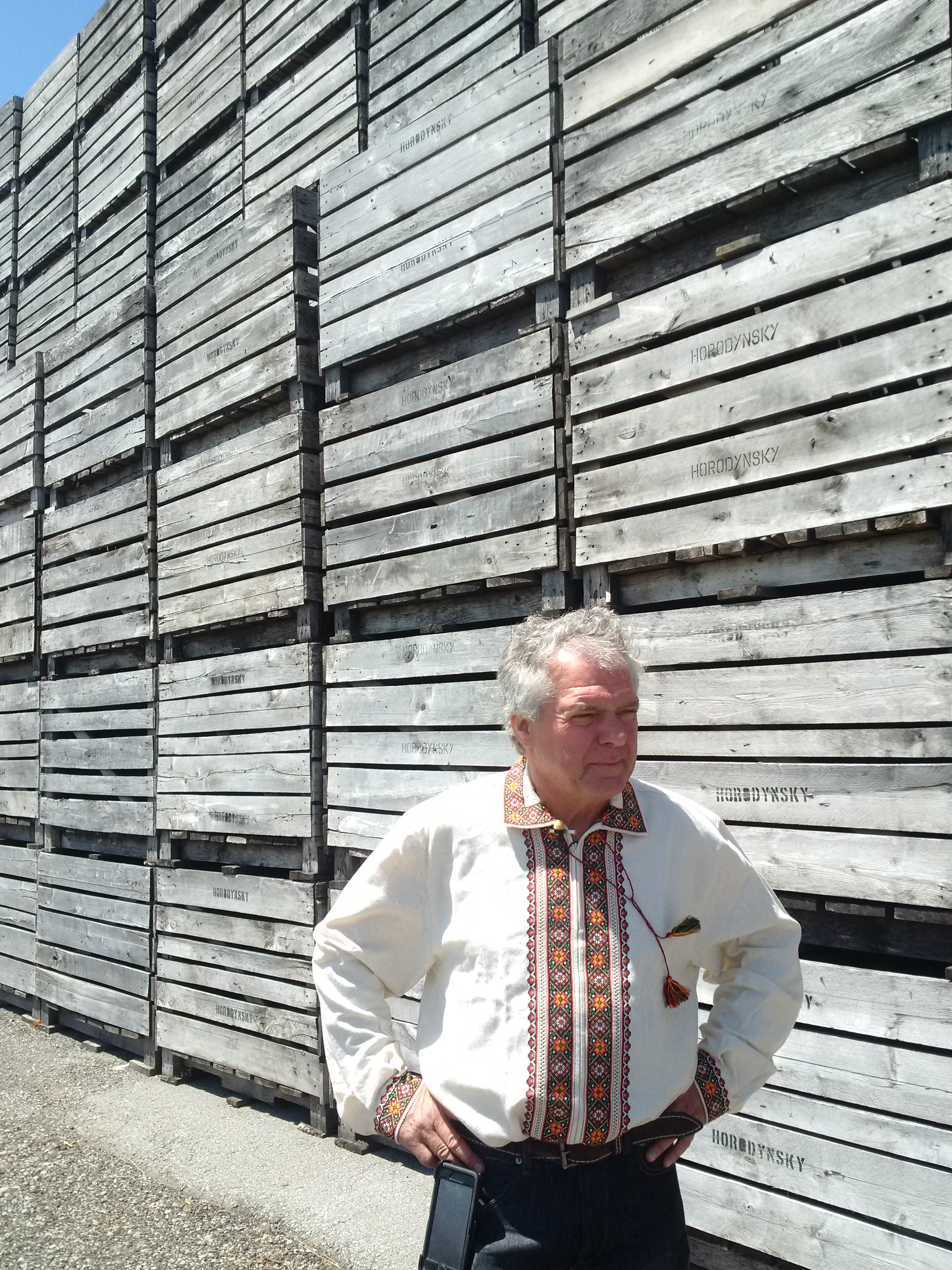 This year’s entertainment at the picnic featured Victor Mishalov and the Toronto Bandurist Capella, Vanguard Concert/Marching Band with the Levada and Orion Choirs, Desna Ukrainian Dance Company, St. Mary’s School of Ukrainian Dance Nasha Rodyna from Sudbury, Ron Cahute and Burya, Orest Sushko on cymbalo and Vasyl Popadiuk on violin, and the Otava band from Ternopil. Those in attendance were able to visit the Holodomor Mobile Classroom. Before the entertainment began, Reverend Petro Bodnar from St. Mary’s Ukrainian Catholic Church in Sudbury lead the prayer and said many kind words about Borys Horodynsky and his generosity. Many dignitaries participated in the picnic, including MP John Brassard (Barrie-Innisfil); Lynn Dollin, deputy mayor of the town of Innisfil (who spent the whole day as a bartender); and Taras Bahriy, president of the Ukrainian Canadian Congress, Toronto branch.