Mykhaylo Korchynskyy is a candidate for the CUPP 2020 internship program.
Mykhaylo was born in Lviv, Ukraine. In 2019 he earned an LLM with honors at the National University of Kyiv Mohyla Academy. During his studies, he was an active member of the European Law Students’ Organization and seated a Secretary-General position in a local office.

Currently, Mykhaylo is a Junior Associate at International Law Firm Eterna Law, one of the leading law firms in Ukraine. His legal expertise includes international arbitration, cross-border litigation and international law issues.
Mykhaylo is a Candidate in Master of Sports (Ukrainian sports rank) in weightlifting and an active runner.
Mykhaylo’s last read book is “From Third World to First: The Singapore Story” by Lee Kuan Yew. His favorite place in Ukraine is mount Hoverla. His favorite famous Ukrainian is Danylo Halytskyy (Daniel of Galicia), King of Ruthenia (King of Rus’).

Khrystyna Koretska is a candidate for the CUPP 2020 internship program.
Khrystyna earned a BA degree at the Ukrainian Catholic University (UCU), Lviv and is currently pursuing an MA degree in History at UCU. During her BA studies, Khrystyna received a scholarship from Kytsmei, Celewych and Dubnevych families.

Born in Lviv region, Khrystyna is active in the Lviv Education Foundation (LEF). In LEF she volunteers for the program called “Building Ukraine Together” (BUR). The aim of the BUR is building a responsible society. Also, Khrystyna promotes the Erasmus+ opportunities for youth in Ukraine. She completed an Erasmus internship with Karaman Youth Club NGO in Turkey. Khrystyna writes articles and a blog, and works at Lviv Business School of UCU.
Her favourite author is Ayn Rand, and favourite composition is Vivaldi’s “The Four Seasons”. Her favourite famous Ukrainian is Kvitka Cisyk.

Maria Kotsiurba is a candidate for the CUPP 2020 internship program.
She is currently finishing her BA degree in International Law & German-Ukrainian Translation at the Institute of International Relations, Taras Shevchenko National University of Kyiv.
Previously, she was actively involved in the European Youth Parliament of Ukraine, completed internships at two Ukrainian Ministries and several Non-Governmental Organizations. Last year, she participated in the “Open University of Reforms”. 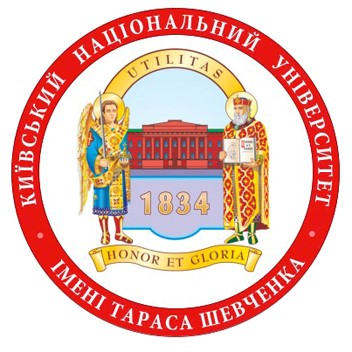 Maria is a FLEX alumna, who enjoys music, languages and photography, participates in work camps and Erasmus+ youth exchanges. Maria volunteered for the Eurovision Song Contest, UEFA Champions League Final, countless festivals and social events. She has also organized her own charity projects. Currently, she volunteers as a communications manager for a local NGO.
Her favourite author is Yuval Noah Harari, and favourite composition is “Imagine” by John Lennon.