Iryna Kukhta is a candidate for the CUPP 2020 internship program.
She earned BA and MA degrees in law at National University of Kyiv-Mohyla Academy in 2016 and 2018 respectively. During her BA studies, she also completed a Certificate program in International Human Rights.
Currently, she conducts a human rights monitoring project on the topic “Language rights of national minorities in Ukraine” with OSCE/ODIHR. Its strategic aim is to confront speculations about language policy in Ukraine with data-based research and analysis, involving a wide range of national minorities representatives living in Ukraine.

Her professional experience includes working with UN Institutions and prominent Ukrainian NGOs in the sphere of reform support, democratization, human rights and good governance.
Iryna is an activist for women and LGBT+ rights in Ukraine, and supports green initiatives for environmental sustainability for Kyiv and Ukraine in general.
Iryna likes reading about psychology and health and watches a lot of Netflix shows about U.S. politics.
Her favourite composition is The Spoils by Massive Attack.

Borys Lesyk is a candidate for the CUPP 2020 internship program. Originally from Kherson, in 2015 Borys was chosen a FLEX exchange scholarship student, and attended high school for a year in Cass

City, Michigan, U.S. In the spring of 2016, he participated in a one-week long CIVIC workshop in Washington, D.C.. During that workshop, he attended meetings with state representatives and government officials on Capitol Hill. After returning home, he became involved with volunteering for the American Councils for International Education in Ukraine. 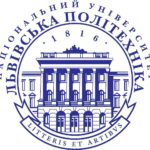 Borys is currently studying International Relations in Lviv Polytechnic National University. He plays the guitar, the harmonica and also collects vinyl. His favorite author is Zbigniew Brzezinski and his favorite book is “The Grand Chessboard”. His favorite famous Ukrainian is Ihor Sikorsky, famous inventor and pioneer of aviation. His favorite quote by a Ukrainian author is: “We need reforms today, not revolutions; the force of law, not law of force; the well-being of the people, not the people’s misery; public consent, not intense hostility; democracy, not dictatorship ” by Vyacheslav Chornovil.

Olha Luchka is a candidate for the CUPP 2020 internship program.
She earned a BA and MA degrees at Ivan Franko National University of Lviv in Law and Journalism. Born in Ternopil, Olha is active in running a family-owned business in agriculture and international consulting. Her social activity is focused on rural development projects, pro bono legal aid, and rethinking Ukrainian traditions in villages. Olha’s favourite author is Hryhorii Skovoroda, favourite compositions are folk songs of the Carpathian Mountains. A famous Ukrainian she respects a lot is Oksana Zabuzhko, writer and public intellectual.