On April 10, Premier of Ontario Doug Ford announced a $11.2 billion investment for subways in the GTHA area. The total investment into four projects is envisaged at nearly $30 billion, the balance $17 billion should come from the municipal and federal budgets. The four priority projects are: Ontario Line, Scarborough Subway Extension, Yonge North Subway Extension to Richmond Hill and Eglinton West Extension.

We spoke with MPP Kinga Surma (Etobicoke Centre) about these plans and the recently announced Ontario budget.

NP-UN: How is the Ontario government planning to ensure that these projects receive the whole investment budget and not just the provincial part?

Surma: Ontario’s Transportation Minister Jeff Yurek was very clear that he is working with federal counterparts on this. There is federal funding that is available to us for infrastructure projects. Some money is allocated already – the federal government committed $660 million for the Scarborough line for example. Also, the province will continue to work closely with the federal government to ensure that both municipal and federal transit priorities are met. We have commenced discussions with the City of Toronto and other regions as well and we are very optimistic that we will be able to work together.

There are lots of things to work on but we have taken the step forward and declared our priorities. Because, as you know, transportation in the city of Toronto and in the surrounding regions is the most pressing issue and the most common challenge that the people talk about with their city counselors, MPs and MPPs. When Mayor John Tory invited MPPs and asked them what the most important thing was for their constituents, they all said transit. Because congestion is the big issue in this region, we lose billions of dollars by just sitting in traffic alone. You haven’t seen such leadership and such commitment to the transportation projects from any government in this province.

NP-UN: What about the government’s earlier announced plan to upload the Toronto subway to the provincial budget?

Surma: The province remains committed to the full upload of the TTC subway network. As the owner, the Province would be able to fund and deliver on transit projects sooner which will benefit everyone traveling in and around Toronto. Minister Yurek is very involved in this project and we are working directly with the Mayor John Tory and the mayor’s office. The mayor has been very cooperative with us and we are taking steps forward. When we unveiled our transportation investment plan, Mayor Tory said that it incorporated a lot of the preliminary work that that the city has done.

NP-UN: When the Ontario budget was released on April 11, some people said that they expected more spending cuts and more tax cuts. What can you say to that?

Surma: We are providing $26 billion over the next four years for the households and businesses. In particular, we are eliminating over $3 billion in tax increases planned or imposed by the previous government; returning over $10 billion to the families and businesses by cancelling the previous Liberal government’s cap-and-trade carbon tax; bringing over $2 billion in relief to low-income families and individuals through the LIFT credit; helping families with the new CARE tax credit, totaling over $2 billion; cancelling $150 million in scheduled fee increases; providing $4 billion in corporate income tax relief through the Ontario Job Creation Investment Incentive; increasing funding of almost $4 billion for electricity price relief.

We were burdened with a $15 billion deficit. We have already in a short time frame reduced that burden by $3.3 billion. To do that, we looked at everything, we wanted to get more value for the dollar. When he was campaigning, Premier Ford promised to find four cents on the dollar in savings and we were able to find eight cents. The examples are government procurement programs – the ministries have been working together to modernize how we do things. We are looking at office space, if it’s used properly. We looked at landlines – we don’t need them, everyone is using cell phones. There are new, innovative smart ways on how we go about our business.

But while being fiscally conservative, we also need to be reasonable and solve existing problems. We are spending $700 million more on education this year. A lot of it will go to capital costs and repairs. For example, the schools in my area, which I recently toured, have a lot of maintenance and repairs needs. There is a lot of backlog, they have been waiting for this investment for years. Over ten years, we are also investing nearly $13 billion in capital grants to help build new schools and improve existing schools.

There are 60 investments in the hospitals, as we speak. I was just with Minister of Health and Long-Term Care Christine Elliott at the St. Joseph’s Hospital in Toronto, where they announced the new mental health and addiction section of the hospital. We are allocating $17 billion over the next few years to invest in health care in Ontario. 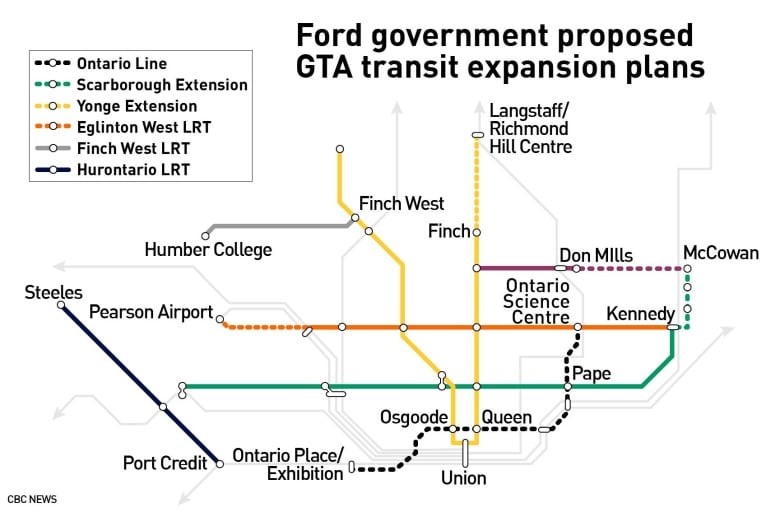 Russian aggression in Ukraine, and why Canada must enhance engagement

Russian aggression in Ukraine, and why Canada must enhance engagement