Conflicting opinions on the industry’s future in Canada and globally

When asked directly, whether Canada’s oil and gas industry should develop or be scrapped, the overwhelming majority of Canadians, 64%, say that a ‘green recovery’, planned by the federal government, must include Canadian oil and natural gas. Those who would like Canada’s oil and natural gas industry to completely shut down were in the minority (13%) of the 4,038 Canadians recently polled by Ipsos on behalf of the Canadian Association of Petroleum Producers (CAPP).

The industry is slowly recovering from the historic slump when in March 2020 Canadian oil prices were in the single digits per barrel and even visited the negative territory. According to CAPP, Canadian companies decreased production by 740,000 barrels per day (b/d) and announced $8.7 billion of capital investment reductions, down 32% from 2019. CAPP estimates more than 28,000 direct and 107,000 indirect jobs were lost in the sector in 2020. The outlook for 2021 is uncertain and additional jobs losses are possible if COVID-19 is not contained and energy demand does not recover. 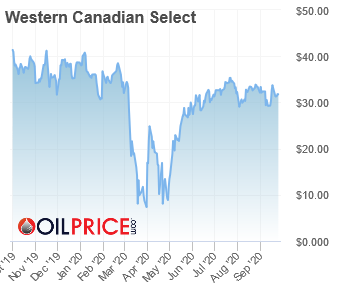 Back in April, Prime Minister Justin Trudeau indicated that a financial aid package for the oil and gas sector was a possibility: “We will and we are looking at more specific sector-related relief and supports for those sectors that are hardest hit – whether it’s the tourism sector, the airline sector or the oil and gas industry or others – we will have more to say on that shortly”.

CAPP has lobbied the federal government for implementation of the wage subsidy program, funding for orphan and inactive wells and the Emission Reduction Fund, along with liquidity measures for small and large producers. However, according to CAPP, no oil and gas company has yet received funds from Export Development Canada EDC, Business Development Bank of Canada (BDC) or Large Employer Emergency Financing Facility (LEEFF).

In the Speech from the Throne last week the Government promised to support the energy sector as it works to transform to meet a net zero future. “Canada cannot reach net zero without the know-how of the energy sector,” the Speech said. The Government is now planning to exceed Canada’s 2030 climate goal and will legislate Canada’s goal of net-zero emissions by 2050. Over the next two years the Government will also invest in clean energy and is moving forward with the Clean Power Fund, including with projects like the Atlantic Loop that will connect surplus clean power to regions transitioning away from coal.

The Speech was criticised by Alberta Premier Jason Kenney. He said that, in the Speech, “there was a recommitment to a series of policies that, if implemented, would do further damage to industries that are struggling to survive – not just oil and gas”. “Please stop kicking us while we are down,” he said earlier in September. “These attacks on our natural resource industry are unwarranted.”

CAPP’s recommendations for rebuilding the energy industry include such steps as accelerated depreciation of capital, reinstating of the Atlantic Investment Tax Credit (AITC) at 15% in the short term and 10% in the long term, and making design modifications to the Clean Fuel Standard (CFS) liquid fuel stream to include protection for emissions intensive industries. In addition, the industry is asking the government to support the Trans Mountain Expansion Project and the Keystone XL pipeline project.

There are also numerous voices who are more skeptical about supporting Canada’s oil industry. These include the Bloc Quebecois leader Yves-Francois Blanchet who believes that although the oil industry as a whole might not be dead, the tar sands “are condemned”; and the Green Party parliamentary leader Elizabeth May who believes that “Oil is dead”.

The latter opinion got a boost in mid-September when BP Plc became the first major energy company who said that the growth of oil demand is over. BP now believes that oil consumption may never return to the levels seen before the coronavirus crisis.

This is contrary to the opinion of other energy giants and OPEC states which predict that oil consumption will continue growing. For example, Musabbeh Al Kaabi, CEO of Petroleum and Resources at the UAE’s Mubadala Investment Company, believes that global demand for oil is likely to peak around 2030, as the world recovers from the impact of COVID-19.