Canadians are aware of the current rapid technological change and expect that it will continue in the future. The Ipsos CanadaNext survey, released in September 2017, found that most Canadians expect significant technological developments from organs grown from stem cells becoming available and drone delivered packages becoming common place to robots replacing 80% of all manufacturing jobs and becoming usual at retail check-out counters.

Not everyone in Canada likes these changes – the survey found that tech-skeptics outnumber tech-believers by 51% to 49%. The survey’s other results paint a similar picture: 51% are having a hard time keeping up with the changing technology; 60% believe that law and government policies are not keeping pace with the changes; while 70% of Canadians agree the world is changing too fast.

Technological change may lead to serious socio-economic consequences: 58% of Canadians expect that the adoption of new technologies will lead to mass unemployment in Canada (via Global News). Many industries may be seriously affected: three quarters of Canadians expect much fewer retail stores and bank branches in the future, while more than 50% expect near extinction of bricks and mortar cinemas.

How ready is Canada for these changes? C.D. Howe Institute, in its “Risk and Readiness: The Impact of Automation on Provincial Labour Markets” report, found that, by 2030, the share of employment in occupations with low risk of automation in Canada will grow, while the share of those employed in occupations with high risk of automation will decline. However, disruption due to technological change will still happen – in all Canadian provinces, at least three in 10 workers are now employed in occupations that are likely automatable. 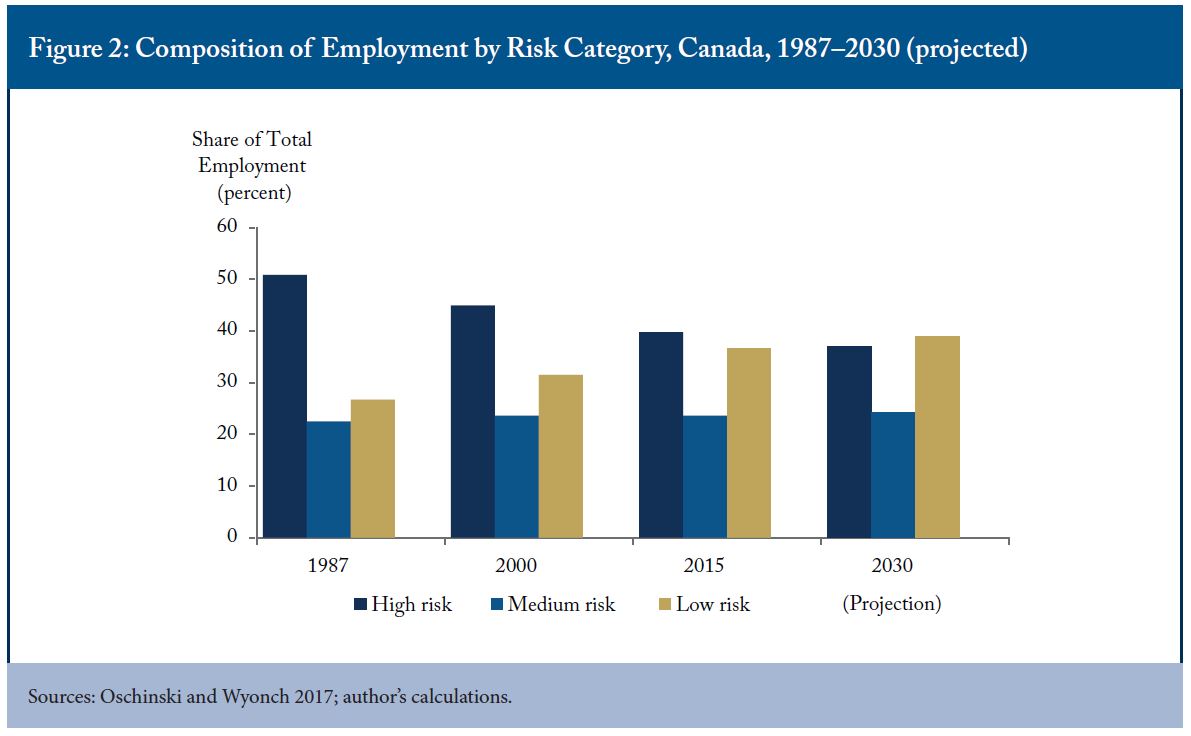 The report says that occupations, which require low levels of adaptation and do not require subtle human interactions – for example, bookkeepers, motor vehicle assemblers and service station attendants – are easier to automate.

On the contrary, high-skilled occupations, where humans still outperform computers, and which require adaptability to novel situations or involve social components as a key function, are much less likely to be automated. These occupations include police officers, specialist physicians and instructors of persons with disabilities.

In her interview to the NP-UN, the report’s author, Rosalie Wyonch, said that the process of human decision-making is still not understood enough to be able to teach computers to make decisions in this way: “No one can say when that problem will be solved, but it won’t be possible until we get close to generalised AI, and there has not been much progress towards generalized AI in quite some time. And even once that problem is solved, there would need to be much adaptation and the technology will likely be very expensive. Communicative context-based jobs will still be human advantage for a long time.”

Wyonch said that a major motivation for employers to automate jobs is the wage – the higher the pay, the bigger is the incentive to replace the worker with a computer or a robot. But the pattern of automation is changing, she said: “We’ve seen quite a bit of automation in manufacturing, but what we see as the risk in short term, it’s jobs such as cashiers, food counter attendants, positions in customer service and retail, which are paid close to minimum wages. The higher the minimum wage is, the more attractive automation becomes in those jobs.”

The C.D. Howe Institute report says that some provinces, with more economic diversification or a concentration of workers in areas, which are not very susceptible to automation, are better situated for technological change than others. The provinces with the lowest risks and highest readiness to technological change are Ontario, British Columbia and Alberta while Newfoundland and Labrador, New Brunswick and Saskatchewan have the most alarming ratio of risks to readiness. 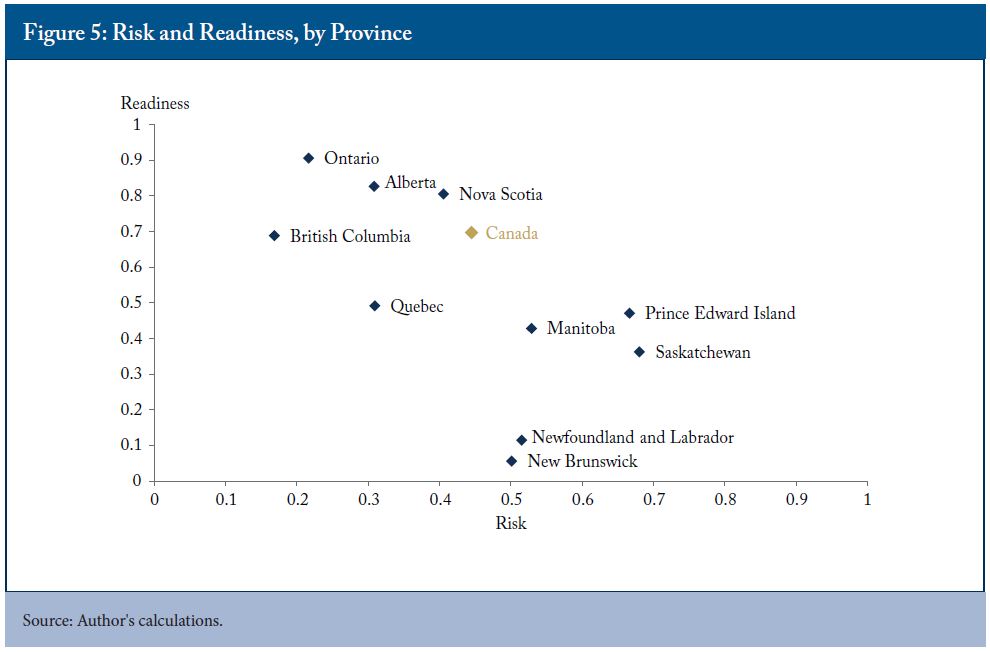 The report does not paint an overly gloomy picture and says that the occupations, which are highly susceptible to automation, will not be replaced by smart machines over the next few years. However, it insists that there is still room for public policy to moderate the effect of technological change on the labour market and suggests specific measures that could be implemented in such areas as education, unemployment support, entrepreneurship and business growth.

The federal and some provincial governments have already started implementing such policies. The report explains that on the federal level the employment insurance program now ensures that workers can return to school without losing their eligibility, while Ontario has expanded access to its Student Assistance Program to mature students.

Rosalie Wyonch thinks that the Canadian primary school education gives some causes for concern in terms of the country’s readiness for technological challenges: “Canada does really well on the international comparison, but over time we’ve seen declining scores in some key skills, math specifically. This is really a potential worry because highly skilled jobs require at least an ability to use technology which requires these logical math-based skills.”

There is no solution that will lower the risks stemming from automation once and for all, said Wyonch, because people will continue developing new technologies and the cycle will continue: “This is an unbroken line from when the first human picked up and sharpened a stick to the development of electricity, telephone, the steam engine, to the Internet, computers and so on. Some of the jobs, which were not automatable in 1997, are automatable today.”