Ukrainian Canadian Art Foundation (UCAF) and KUMF Gallery launched the Fall 2020 Season with an opening of a 17-piece art exhibit “Pause in Plight”.

“We’re very pleased to launch our Fall 2020 Season with such a critical exhibition and to be able to welcome everyone,” said Chair & President of UCAF/KUMF Gallery Jurij Klufas, on Sunday, September 13.

“Pause in Plight” reveals the Canadian First World War national security fears and wartime prejudice, which led to the internment of more than 8,000 men, women and children primarily of Ukrainian and Eastern European descent deemed as “enemy aliens”.

The exhibit will help raise national awareness of Canada’s first national internment operations. There were 24 internment camps across Canada during the First World War, between 1914-1920. This is still unknown to much of Canada’s population today.

“Pause in Plight” has been made possible by a grant from the Endowment Council of the Canadian First World War Internment Recognition Fund (CFWWIRF).

“The (CFWWIRF)’s initiative to commemorate and acknowledge those affected by Canada’s first national internment operations inspired me,” said the artist Kerri Parnell, at the opening. “It ignites my heart and reminds me that history is not condemned to repeat itself. As we learn from our past, may we collectively move forward in better light.”

Parnell creates art that inspires community connections. Born and raised in Winnipeg, M.B., Parnell attended the University of Manitoba – School of Fine Arts and the Nova Scotia College of Art and Design University in Halifax, N.S. Her passion is to collaborate with others on projects that promote social awareness and change. Her results are both thought provoking and aesthetically beautiful. Nowhere is this more evident than in “Pause in Plight”.

Parnell said that on her journey to completing “Pause in Plight” she realized how very few people are aware of this unfortunate time in history.

“I am thrilled to have the opportunity to create this Art Exhibit, and to work with amazing people towards a common goal to expose the truth,” said Parnell.

She thinks that this exhibit and other projects that commemorate the experiences of the ethno-cultural communities, who were and still are affected by the internment operations, are very important.

Parnell said she was confused about why this part of Canadian history is not taught in schools, is not in history books, and is only unearthed now.

“Why did it take more than 100 years for this story to be exposed?” she said.

The story is finally coming out with the efforts of the Endowment Council of CFWWIRF. Parnell feels honoured to be a part of this movement.

“We can only move forward in a positive way as a nation, if we truly understand our past and learn from our mistakes,” she said.

KUMF Gallery will house “Pause in Plight” until October 11, 2020. The Gallery is scheduled to reopen with measures in place to prevent the spread of COVID-19. Visitors are asked to schedule a time to visit; 30-minute visits start at the top of the hour. The gallery will be sanitized between visits.

The Gallery expressed wishes to bring this exhibit to mainstream galleries and museums and provide an educational platform for schools and students across Canada. As such, the exhibit will tour across Canada between 2020-2025 to help bring awareness to this historical injustice.

Ukrainian Canadian Art Foundation (UCAF) and KUMF Gallery are dedicated to serving the Ukrainian Canadian community, and the community at large, by exhibiting and fostering an understanding of art, in addition to preserving and collecting quality works of art. The Gallery gratefully acknowledges the support of The Shevchenko Foundation, Ukrainian Canadian Research and Documentation Centre, and Cholkan + Stepczuk LLP. KUMF Gallery maintains a year-round programme of art exhibitions showing works by emerging, mid-career and established visual artists.

With files from UCAF/KUMF Gallery 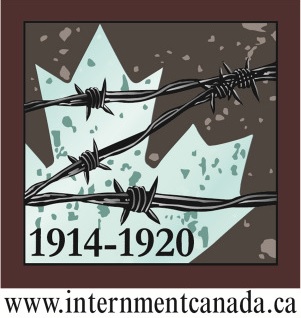 Letter to the editor: Canada’s first internment operation against its own citizens

Letter to the editor: Canada’s first internment operation against its own...